BETTER is a collaborative effort involving relevant stakeholders – people with mental disorders, practicing professionals in the field, regulators, policymakers and those in academia – to determine whether current Web accessibility facilitation measures must be adapted for people with mental disorders and if so, in what way(s). It focuses on depression and anxiety because they are the most common mental disorders account for the leading causes of disability-adjusted life years (DALYs) due to mental and substance use disorders worldwide according to the Global Burden of Disease Study 2010.

Web accessibility ensures that people with disabilities can perceive, understand, navigate, and interact with the Web. Much research attention has been placed on physical and sensory disabilities with great results. The interaction between neurocognitive deficits, associated with many conditions including mental disorders, and the Web environment has also been widely investigated. However, it has been found that little focus has been placed on people with mental disorders and the interaction between associated socio-cognitive dysfunction and the Web environment. This is why the BETTER project has been initiated. 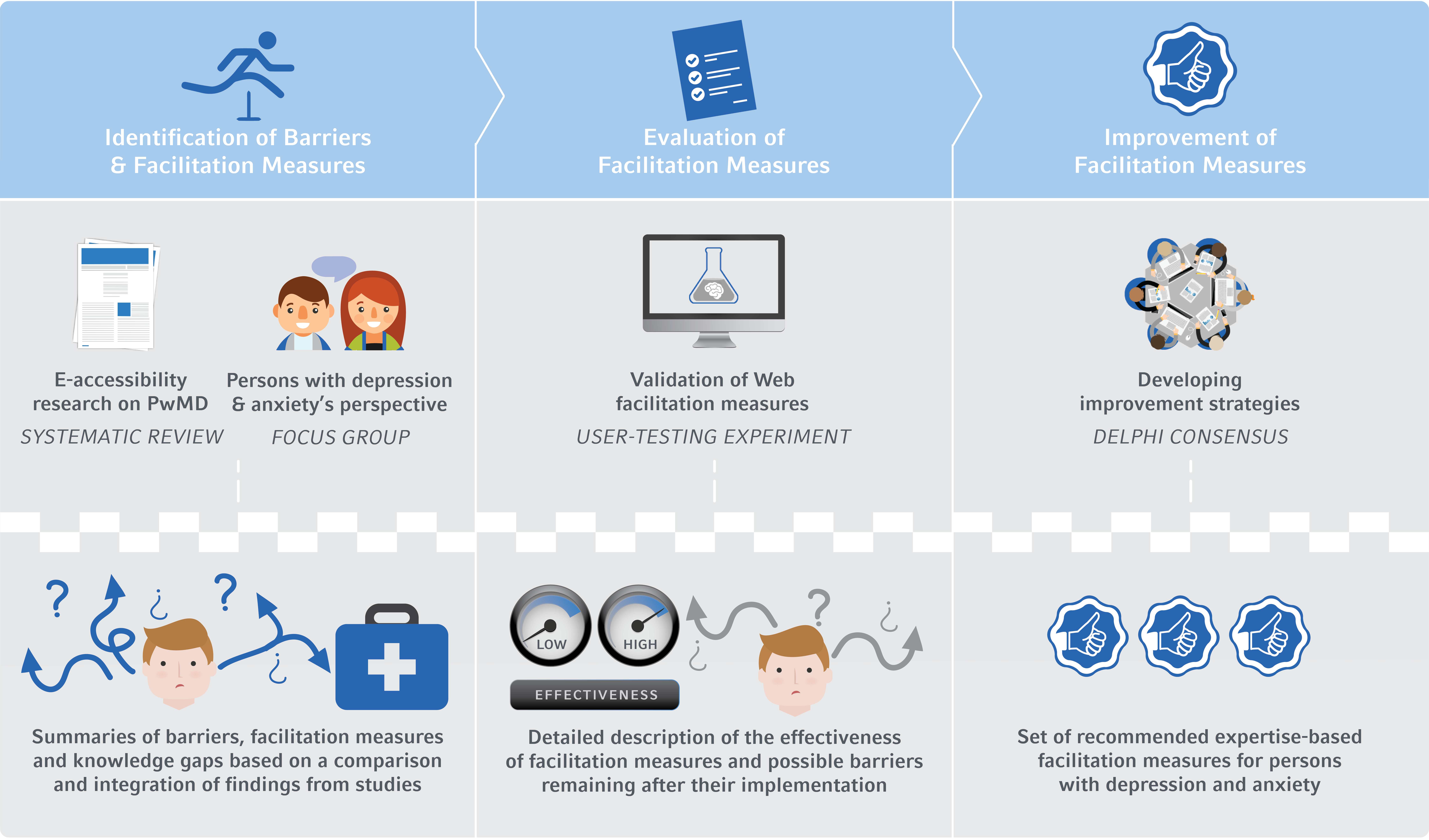 The BETTER project is funded through the MARATONE, the People Programme (Marie Curie Actions) of the European Union's Seventh Framework Programme FP7/2007-2013 under REA grant agreement n° 316795 and is coordinated at the University of Southampton in the United Kingdom (www.maratoneproject.eu).